Veronica, the founder of Solar Window Filmers, has been an environmental enthusiast since starting her own family about 18 years ago.

In March 2017 she learned that window tint blocks 99% of the suns UV rays and would do the trick of reducing fading to her new floorboards. So amazed was she at the additional benefits (significant heat and glare reduction) that she decided to jump ship from corporate training to spread the word about Environmental Window Film to help others gain the same benefits.

Since then Veronica has spent a great deal of time researching ways to make buildings more energy efficient. She was attracted to the idea of upgrading existing windows with film rather than replacing windows – Retrofitting for energy efficiency. This works beautifully for window film because clear single glazed windows benefit from both a summer only film and a year-round film and clear double-glazed windows benefit from a summer heat rejecting film.

Once certain of her niche she committed to learning all about the best available Solar and Thermal control Window Films on the market – films that she affectionately calls Environmental Window Films.

With the help of the best available installers (who she uses as sub-contractors) Veronica has been learning the art of installation. At the same time, she’s gained the most current qualifications to install window film and be a licenced Window Energy Rating for Film assessor.

Veronica hopes to identify likeminded energy efficient retrofitters to team with, to offer clients an end to end service, and ensure they get the best possible value from their own positive “climate change”.

Talk to Veronica and see how your home’s climate can be transformed by Environmental Window Film and experience the relief! 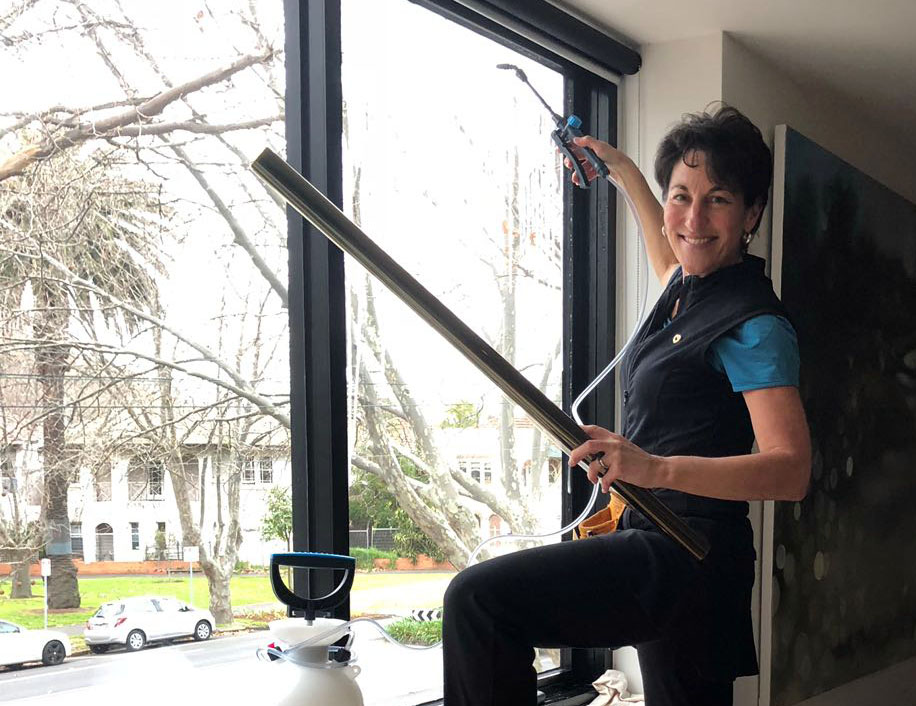 Solar Window Filmers is proud to be a member of WFAANZ

We are active members of The Window Film Association of Australia and New Zealand (WFAANZ). We commit to their strict code of practice and have a no quibbles replacement policy if our film installations do not comply with our association’s standards.

About the Window Film Association of Australia and New Zealand

A non-profit organisation, WFAANZ is dedicated to improving the standard of product and installation of window film in Australia and New Zealand, while promoting the performance, values and cost effectiveness of window film.

All WFAANZ members commit to a strict code of practice and receive exclusive industry information and updates, so for assurance of quality and an installer you can trust, always choose a WFAANZ member.

We service the Melbourne Metropolitan Area and are based in Melbourne’s inner west (Newport).  When it comes to installation standards, we strictly follow industry best practice, as outlined in the WFAANZ installation procedure document.

Our films come with generous quality and integrity guarantees. We have a “No Quibbles” Replacement Policy.